We usually admire musicians or movie stars for their skills, beauty, and wealth, but sometimes they also surprise and inspire us with their activism. Over the years, many celebrities have used their platform and financial resources to support the causes they deeply cared about. We at Nicequest are big fans of anyone who tries to make a difference in the world in any way they can. Here is a list of some of our favorite celebrity activists.

As soon as Shakira found international success she also started her charity work. With her Pies Descalzos Foundation, the Colombian singer focuses her efforts on education and helping children who live in difficult conditions. In 1997, Pies Descalzos built their first school in Shakira’s hometown Barranquilla and they have built four more schools since then.

Shakira has been named a UNICEF Goodwill Ambassador for her work to help children. She is very proud of her work and said that seeing the lives of underprivileged children being transformed by education and opportunity is better than any Grammy win.

Diego Luna – Leaving Hollywood to make a difference at home

With the TV-Show “Narcos” and the Star Wars film “Rogue One”, Diego Luna became famous all around the world. But Hollywood life was not for him. He didn’t want his kids to see him criticize the situation in his home country Mexico from his comfortable sofa in L.A.

So he moved back to Mexico City and became a political activist and philanthropist. In documentaries, theater plays, and interviews he raises awareness about issues like corruption, the war on drugs, and the rise in violence but also topics like climate change and misogyny.

Rihanna’s beauty brand focuses on being inclusive and offering shades for every skin tone. ktswblog.

Since the beginning of her career, the Barbadian singer Rihanna has supported various charitable causes and created foundations. Her Believe Foundation helps terminally ill children and the Clara Lionel Foundation, named after her grandparents, supports, and funds a variety of programs for education, health, and emergency response. In 2017 Rihanna made headlines with the launch of her own make-up brand. Fenty Beauty might not be a non-profit organization but was praised for offering products for a wide range of skin tones.

Seeing that many make-up brands failed to provide the right tones for People of Color, Rihanna took measures into her own hands and filled this gap in the makeup industry.

In the 1990s Craig Hodges played with the Chicago Bulls alongside Michael Jordan and continuously tried to use his platform to protest racism and injustice in the US. On a visit to the White House, he gave president George Bush a hand-written, 8-page letter criticizing the treatment of poor people and minorities in the US – but he never received an answer. He also tried to convince some fellow basketball players to boycott games to protest police violence to call out economic inequality and racism in the NBA.

However, it seemed like nobody wanted to risk their careers and Hodges stood alone in his activism. And he paid the price for it. His manager dropped him and after being waived by the Chicago Bulls in 1992 no other team signed him. Craig Hodges’ shows how difficult it can be for celebrities and athletes to speak their minds about serious issues. However, he serves as an inspiration for us all to stand up for what we believe in. 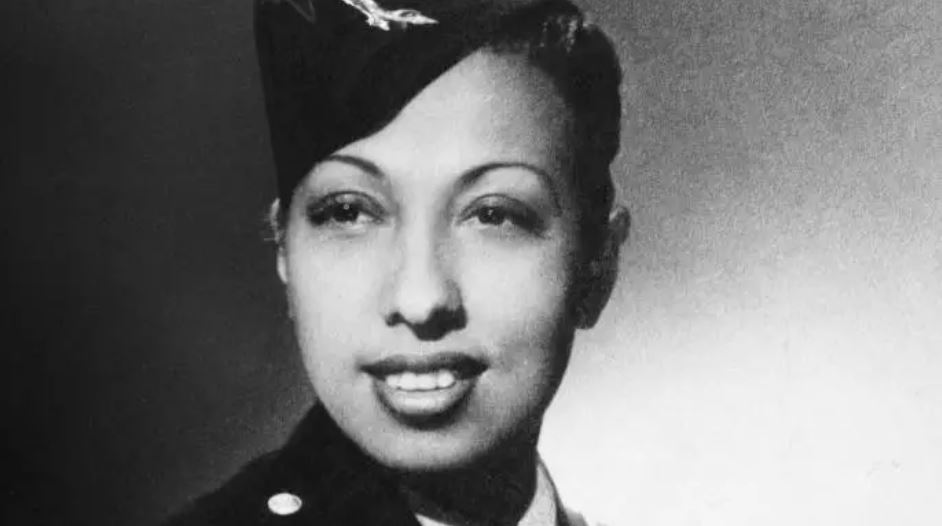 Born in 1906, Josephine Baker lived in the times of both world wars and the Civil Rights movement in the US. She started her dancing career in New York City but found international success as a dancer and singer when she moved to Paris. When the second world war broke out, she was still in Paris and joined the French resistance against Nazi Germany. She would pass on secret information she heard while performing in front of the enemy and pass it on to French military officials by writing with invisible ink on music sheets.

Later she returned to the USA where she was confronted with racial segregation. Even though racism was still alive and well in Europe, Baker often publicly talked about how she was treated like a star in Paris but discriminated against in her segregated home country. And by refusing to perform in front of segregated audiences, she forced theaters to integrate – at least for her shows.

There are many examples of singers, actors, and athletes speaking up about injustice and making a difference. That can be founding a charity organization, raising awareness, or even creating a new product for consumers who have been overseen before.

At Nicequest we support different NGOs with our donation campaigns. Check them out here and donate your Korus!

SOS Children's Villages: a home for every child

Read more
Top
By browsing this site you are accepting our Cookies Policy.Accept+Info